Reach new heights at our luxury couples hotel in Santorini 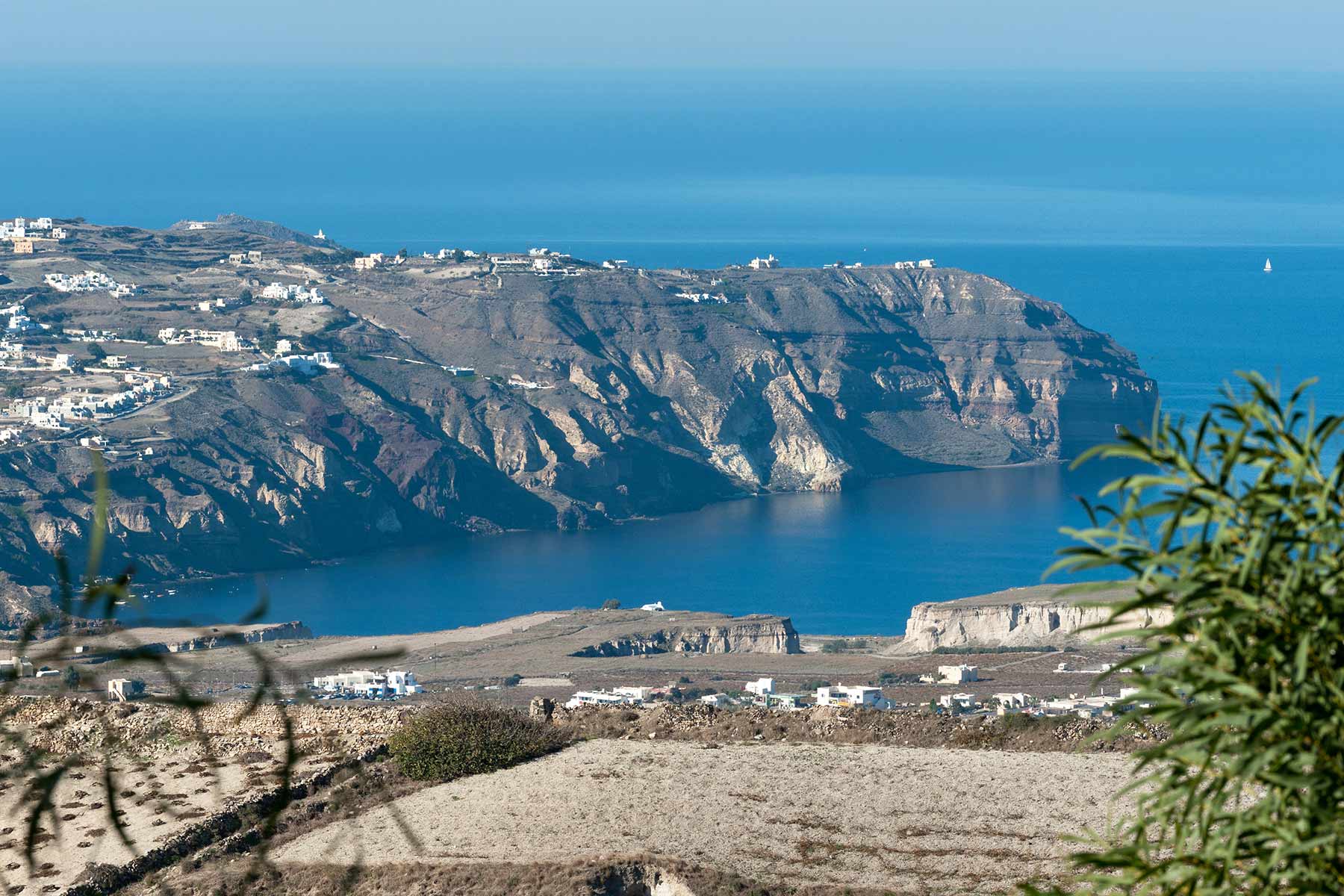 Santorini Heights is more than just accommodation.  It is an upscale yet eco-friendly private holiday residence with a majestic view and a unique location of environmental significance, as it is located in a Natura 2000 Protected Area. The location of Santorini Heights at the highest point of Santorini (480 m.) can be the starting point for a series of activities and a range of experiences! Let’s start by exploring the history, the nature, and the sites, let’s taste the flavours of Santorini, let’s have a glass of wine in a winery’s tasting, let’s swim in the crystal clear waters and lie in the black sand of the volcanic beaches of Santorini. There is plenty more, let’s discover the unique island of Santorini!

Santorini’s history is long and fascinating. It was initially named Stroggili, meaning round, as the original shape of the island was circular. The island was inhabited since the early Minoan era, with advanced, sophisticated societies such as the one discovered in the prehistoric settlement of Akrotiri. The finds of this dig suggest that Minoan era Santorinians thrived in arts and culture, in the textile industry as well as masonry and their civilization flourished for centuries, until it was devastated by the volcanic eruption of 1600 BC. This technological advancement, combined with the island’s almost complete volcanic annihilation fueled the beliefs of many that Santorini is the inspiration for the myth of  – if not the actual- Atlantis. What remains now is the crescent moon shaped island of Thera, and its neighboring islands, which are technically a part of the volcanic caldera remaining above sea level, as the rest of the crater has submerged under the sea.

For some centuries Santorini was deserted only to be re-inhabited during the 8th century BC by Spartans, who reached the shores of the island and built their city in the top of Mesa Vouno, close to the Santorini Heights Villa. Two main ports were also constructed then, the Elefsina (today’s Perissa beach) and Oia (today’s Kamari beach). In the centuries to come, Santorini continued to prosper under many occupants, reaching up to the Medieval Era and the Venetians, when it was part of the Duchy of Naxos. At that time, five major castle- cities were built by the Venetians around the island Skaros in Imerovigli, Akrotiri, Emporio, Oia and the close to Santorini Heights village of Pyrgos. During the 18th century Santorini enjoys the prosperity from the export of the island’s unique and famed agricultural products. It is the time when the ships from Oia were sailing as far as Russia to transfer the reputed Vinsanto wine and the one-of-a-kind Santorinian cherry tomatoes! The devastating earthquake of 1956 was an event in Santorini’s history that interrupted the island’s economic growth. It took more than two decades for the Santorinians to recover and rebuild their island into the holiday heaven that Santorini is today; a unique, one-of-a-kind destination!

The main attractions of Santorini are closely related to the island’s history. The prehistoric settlement of Akrotiri, entombed almost intact under tons of solidified volcanic ash is a sight you must not miss.  Much like the famous Pompei, Akrotiri now offers the unique experience of a stroll through an ancient city frozen in the sands of time, with whole neighborhoods left intact, squares, buildings, and workshops, all as if a day has not passed over them. We suggest arranging a guided tour to enjoy the fascinating experience that is Akrotiri to the fullest. Then climb as high as the city of Ancient Thera to see the ruins of the Spartan city built by the King Theras, after whom the island was named. To observe more findings from these two important sites, you can also visit the Prehistoric Museum of Thera and the Archaeological Museum, both located at Fira.  Apart from its archaeological interest, Santorini also has a medieval allure. Visit the castle city of Pyrgos and for more beautiful stories take a walk through the village of Emporio, reach the Goulas (fortress) of Akrotiri, especially during the evening; the sunset is simply breathtaking! Very close to Santorini Heights Villas is the fortress-like monastery of Profitis Ilias with the appealing architecture and the stunning views. The prosperity of the 18th century is evident all over the island and especially at the mansions of Pyrgos, Oia and Messaria, where the Argyros Mansion has been restored and is the only mansion of Santorini open to the public.

DISCOVER OUR LUXURY SUITES AND VILLA